How to Stunt Your Growth In The Right and Recommended Way

Ever wondered how to stunt your growth and the possible causes of it? You’d be surprised that quite a good number of people are also wondering the same thing.

That is why you’ll find queries like “do soda, coffee, squatting, milk, foods stunt your growth or make you shorter in height?”

Nonetheless, we’ve taken the extra time to scout the net for things that actually make one grow slower.

If these are avoided, then it could work in promoting the growth of the body.

Whatever is your reason for looking up this topic whether it’s for research purposes or to actually know what is slowing the growing process of your body, here’s what you should know about things that stunt growth during puberty.

So, what exactly is stunt your growth meaning?

Stunting is impaired growth and development in a child which is evident in the fact that they are not growing to their full potential based on their age.

The underdevelopment is judged using the child’s, teen’s, or young adult’s height-for-age and if it is two standard deviations less than the WHO Child Growth Standards median, such a person is said to be stunted.

Also Read: How to Make Yourself Vomit Without Touching Your Uvula

This impaired growth may be caused by poor nutrition, inadequate psychosocial stimulation, and recurrent infection.

If this stunted growth is evident in a child’s first 1,000 days between their conception and two years, it could have negative impacts on the child in the long run.

These impacts can be:

The major and most common culprit of stunted growth is not eating enough good food or lacking the basic nutrients in food which promote growth.

Other factors that can cause poor growth is the absence of care and stimulation which could bring about an individual’s physical development.

In the same vein, it can be as a result of chronic diseases or recurrent infections which lead to poor nutrient intake, absorption, and its use in the body.

While genetics has a major role in playing with your height gain depending on the dominant gene at play, infections can impede this growth.

This is because your body uses up the energy and nutrients it acquires from food to fight these infections such as chronic respiratory disease.

In the end, this could have a negative impact on height since the nutrients that would’ve helped to achieve the height were devoted to other aspects.

Can Lack of Sleep Stunt Your Growth? 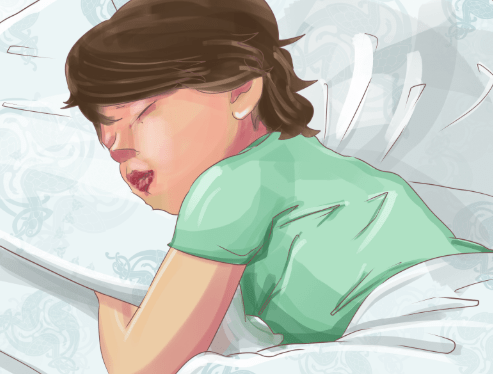 Definitely, you can stunt your growth as a child or teenager by not getting enough sleep.

Thus, add it to one of the things that stunt growth during puberty.

It is, however, worthy to note that staying awake a couple of nights will not stunt growth, but doing this repeatedly could have negative effects on the long run.

If you’re not getting the amount of sleep required for your age, it means the growth hormones are not fully put at work because they are released while you sleep.

That being the case, sleeping less by the day is another way of suppressing these growth hormones and other hormones in the body may be affected just from sleeping less at night.

For instance, studies have pointed out that obesity and diabetes are also caused by lack of sleep.

In order to avoid either of these and promote your growth, you need to get as much sleep as possible.

Does Coffee Stunt Your Growth?

No, coffee does not stunt growth and there has been no medical evidence to prove that it does.

Remember, how tall you’re likely to get is determined by your genes, environment, as well as the good sleep and nutrition you get in order for those genes to show their full potential.

On the contrary, coffee contains caffeine and if taken in excess in a day can lead to certain problems.

You may not directly several cups of coffee in a single day, but drinks like soda also contain caffeine.

Also Read: How to Remove Tonsil Stones You Can’t See

At the end of the day, you may have insomnia and if this difficulty in sleeping is repeated, it could suppress the growth hormones which are fully at work when you sleep.

Asides that, too much caffeine is known to cause dizziness, anxiety, restlessness, headaches, amongst other things.

On the other hand, there are actually foods and drinks that affect height and we’ll be looking at some of these below.

Also, does milk make you taller?

Milk is known to promote growth but it has not been verified that it directly contributes to height.

It can aid in building up the body.

Can Squatting Stunt Your Growth?

Here’s another question that we’ve found interesting and that is, can squats make you shorter or taller?

An outright yes or no cannot be given because squatting increases your muscle strength.

However, like every other thing, when done in excess, you can actually grow shorter

Studies have shown that squatters over the years lost about 2cm in height.

There’s also the belief that the squatting corrects your posture which can help you look taller when some inactive muscles become active.

How to Stunt Your Growth:

After looking at what makes you grow in the first place, you can tell that the following can stunt your growth.

You can stunt your growth by:

It is worthy to note the stunting is irreversible and if one’s height is impacted, it is difficult or impossible to reverse.

It is not like gaining or losing weight which can be manipulated with proper diet and exercise.

Another disadvantage of stunting your growth is that you may grow up to be economically disadvantaged, more prone to a chronic disease, or even perform poorly in school.

Foods That Make You Shorter in Height

Certain foods that make you shorter in height are:

Junk food has no nutritional benefits and can lead to several health problems such as obesity.

It can also lead to stunted growth and as such, they should not be a part of a child’s meal.

Medical studies have revealed that children who consume a lot of soda which contains more phosphorous tend to have a lower bone density.

After having a drink of this nature, kids are less likely to consume drinks like milk which are beneficial to their growth.

You may be surprised to find rice on the list but fret not.

It may contain carbohydrates but in excess, it can stunt a child’s growth.

Other foods and drinks that stunt growth is:

At What Age Do Boys Stop Growing?

This goes contrary to girls whose height may stop sooner at 14 to 15.

Now that you know how to stunt your growth, you are in a better position to know that there are risks associated with not growing according to your age.

Other questions you may have pertaining to foods and drinks that can hinder growth have been outlined and doubts and myths cleared.

How To Lose Weight With Bulletproof Coffee

180+ Best Everything Happens For A Reason Quotes