The term ‘addiction’ comes from a Latin word that means ‘enslaved’ or ‘bound.’ If you or a loved one has ever struggled to overcome an addiction, you’ll understand why addiction is like being enslaved.

Addiction is an obsessive or habitual need for using a substance or performing certain habits. It’s been classified as a mental illness that could result in social, health, and economic problems.

The diagnosis of addiction was formally recognized as a personality disorder, but it’s now regarded as a clinical syndrome resulting from other underlying conditions.

Addictions are said to be impacted by environmental factors and social determinants. In the clinical context, addiction is associated with drug abuse. Drugs such as opiates, cocaine, cannabis, and amphetamine have been at the center of substance use problems such as addiction.

An addiction is a disorder associated with using substances like narcotics such as heroin or intoxicants like alcohol, or more moderate stimulants, such as nicotine or caffeine.

According to experts from Quest 2 Recovery addictions could carry a negative impact on you or others around you. If you know someone who’s suffering you can click here to talk to an expert who can give you advice on what to do next. 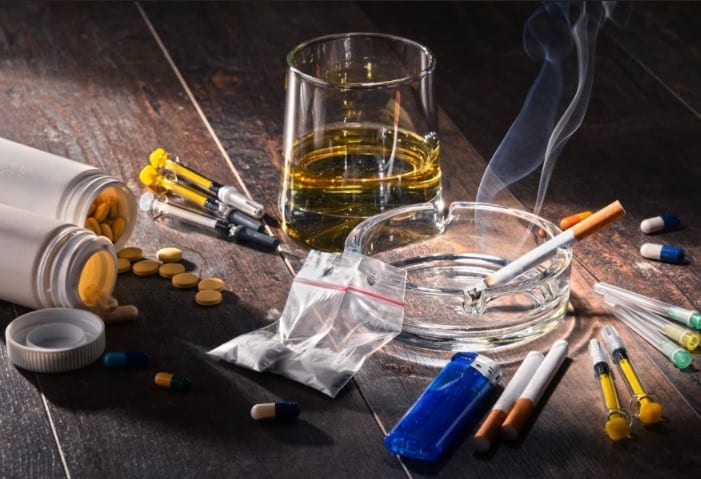 The most common addiction is to narcotics and alcohol. Statistics show that approximately 1 in every 10 Americans has an addiction to both alcohol and drugs. People with drug addiction are said to be generally addicted to alcohol.

The prevalent drug addictions include:

Besides these, other familiar addictions include:

It’s important to note that there’s a thin line between an obsession and an addiction. Some social behaviors or habits may seem like addictions, but in general, an addict will negatively react when they don’t get their fix.

For example, someone addicted to alcohol can experience withdrawal symptoms such as irritability and headaches if they don’t take a drink. If you’re unsure about your or a loved one’s habits, places like the Jackson House Addiction and Recovery Center and many others like them can help with professional advice.

For many years addiction has been believed to be primarily caused by alcohol and narcotics. But more recent data shows that other pleasurable activities such as sex, gambling, exercising, and shopping could also lead to addiction.

You’re generally safe from addiction if you handle all things in moderation. Too much of anything has never been a good idea. It’s advantageous to understand the causes of addiction. However, it’s more crucial to look into how it works.

It’s essential to appreciate how addiction works to be able to understand it better. Here are a few eye-openers:

The reward system is the satisfaction you get when you do something you thoroughly enjoy. Addiction interferes with the regular brain faculty, especially in the reward system.

When you do anything you find delightful, be it a boat cruise, drinking with your friends, or doing cocaine, the reward system dispenses dopamine, a neurotransmitter, as well as other chemicals.

Dopamine is believed to reinforce the brain’s connection to certain things and feelings of pleasure. This could push you to solicit for those things again later.

The longing to experience pleasure over and over could trigger cravings for a substance or behavior. This is true, especially when you’re in an environment with the same cues, like a reception where people are drinking. Such cravings often serve as the first sign of addiction.

If you continue using a substance or habitually engaging in a particular behavior, your brain could produce more dopamine amounts.

Ultimately, it could recognize that there’s sufficient dopamine in your brain and may start to bring about lesser amounts.

However, the problem could arise when your brain’s reward system still needs a large amount of dopamine to function normally.

This will mean that you’ll need to use more of the substance to get enough dopamine for normal function. Simply put, your tolerance levels could keep getting higher.

Disinterest in Other Activities

When you become addicted to something, typically, you begin to lose interest in other things, including those you once enjoyed.

This is reported to be since your brain no longer provides sufficient dopamine in response to general triggers, like sexual intercourse or playing golf.

When you decide to stop using a substance or engaging in a particular activity, you may still feel like you need them to feel good.

Signs and Symptoms of Addiction

Signs and symptoms are anomalies that can indicate a possible medical condition. The victim of addiction typically feels symptoms, while the people around them can see signs.

If you or a loved one are facing an addiction problem, you’re likely to experience the following signs and symptoms:

Addictions could easily affect your daily life negatively. Relapse and remission are pretty common in people with addiction problems. They’re said to worsen over time.

And they usually lead to serious health problems and could result in outcomes like financial distress or bankruptcy. Social issues are also not uncommon with addictions.

If you or a loved one are suffering from addiction, hope is not lost. There are possible treatment plans and cures for addiction.

Dealing with addiction on your own can be a mammoth task. Without support from professionals and loved ones, you might not control bad habits or substance abuse.

Chemical addiction usually involves professional detoxification. However, this alone may not treat addiction, but it could help manage symptoms such as withdrawal.

After safe and successful detoxification, there’re many other options that doctors typically consider. These include the following:

Rehabilitation is also known as residential treatment. It involves patients being admitted into a treatment facility where medical professionals give them attention and care.

These institutions usually have various programs depending on the admitted patients’ conditions.

The duration of each program is also dependent on the severity of the addiction. Some rehab programs could take weeks, while others may last for months.

Most rehab treatments include components of the following treatment plans:

Psychotherapy is also known as talk therapy. It’s a method used to help people suffering from a variety of mental illnesses or emotional challenges.

Psychotherapy may help reduce or manage symptoms so that a patient may function better. It could also increase a person’s well-being and recovery.

Psychotherapy is beneficial for people who might have developed an addiction because of stress-inducing problems.

A rehab therapist may help patients explore some of their substance abuse causes. Therapists then come up with suggestions for better ways of coping when dealing with stress or other challenges.

Medicines could be used to help people who are struggling with addiction. It’s believed that medication could help prevent relapses in patients suffering from addiction involving substances like nicotine, alcohol, or opioids.

These medications could work in several different ways, but they usually help lessen withdrawal symptoms. They could also reduce cravings.

Specialists recommend using medication with other treatment plans such as therapy to deal with the addiction’s root causes.

In a support group, people with shared experiences or concerns give each other reassurance, encouragement, empathy, and advice. Support groups have been said to be effective in helping treat addiction patients.

Most support groups are anonymous to encourage participants to open up freely. They often depend on self-help as a method of treatment.

When an addict gets to hear about how others have been dealing with a similar problem, they may get the courage and energy to fight off their addiction.

Support groups positively affect people dealing with addiction, but experts have highlighted that they may not treat addiction independently.

Just like with chemical addiction, many other factors may lead to behavioral addictions. Treatment plans can therefore vary, but therapy usually is the first recommendation.

Cognitive-behavioral therapy (CBT) is said to be the most effective type of therapy for behavioral addictions. CBT concentrates on the thoughts, feelings, and emotions that could lead to distress.

It studies them and reframes them in real-time. CBT is believed to reduce the yearning for addictive behavior if it’s combined with other coping skills.

Other types of therapy may also help to deal with underlying issues that lead to behavioral addiction. 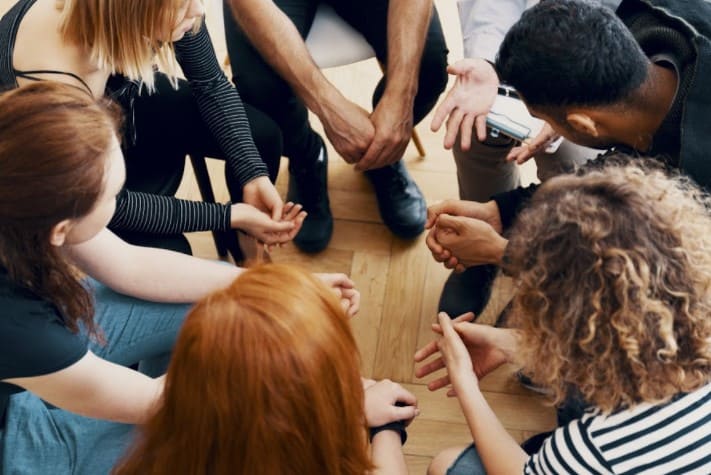 Support groups and other kinds of peer support may also help reduce behavioral addiction. They, however, also need to be used in conjunction with other treatment plans like therapy.

Some studies have suggested that some antidepressants could help address addictive behaviors. However, this would need to be in consultation with doctors who will evaluate such additions’ root causes.

One of the first steps in the treatment of addiction is recognition and acceptance of the problem. The treatment plans and recovery could be delayed if a patient is unaware that they have an addiction problem.

Others around you may prompt treatment, but it becomes difficult to help you if you don’t realize your addiction problem.

Medical professionals usually evaluate symptoms of patients suffering from addiction before they prescribe a treatment plan.

Treatment plans could depend on the severity of the habit, but all forms have a silver lining if help is sought on time.

Addiction is a complicated condition that affects brain function and behavior. However, this is treatable, and there’s no particular treatment that fits everyone. Effective treatment involves many factors, including management of the root cause of the addiction.

Tips To Get Rid Of Bad Habits In Your Life

Pushing Through The Toughest Workout: 11 Steps To Get Your Mind And Body Ready