100+ Andrew Jackson Quotes | Most Famous Of All Time 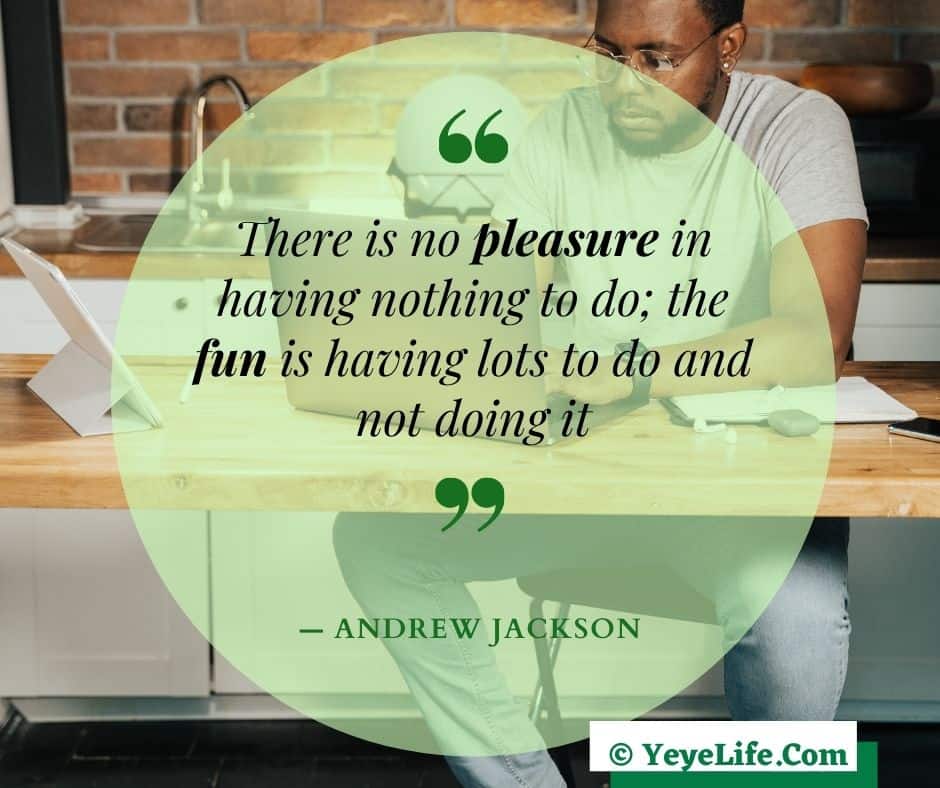 I weep for the liberty of my country when I see at this early day of its successful experiment that corruption has been imputed to many members of the House of Representatives, and the rights of the people have been bartered for promises of office. ― Andrew Jackson

Every good citizen makes his country’s honor his own and cherishes it not only as precious but as sacred. He is willing to risk his life in its defense and is conscious that he gains protection while he gives it. ― Andrew Jackson

The planter, the farmer, the mechanic, and the laborer… form the great body of the people of the United States, they are the bone and sinew of the countrymen who love liberty and desire nothing but equal rights and equal laws. ― Andrew Jackson

The wisdom of man never yet contrived a system of taxation that would operate with perfect equality. ― Andrew Jackson

No one need think that the world can be ruled without blood. The civil sword shall and must be red and bloody. ― Andrew Jackson

I feel in the depths of my soul that it is the highest, most sacred, and most irreversible part of my obligation to preserve the union of these states, although it may cost me my life. ― Andrew Jackson

Peace, above all things, is to be desired, but blood must sometimes be spilled to obtain it on equable and lasting terms. ― Andrew Jackson

Heaven will be no heaven to me if I do not meet my wife there. ― Andrew Jackson

If the Union is once severed, the line of separation will grow wider and wider, and the controversies which are now debated and settled in the halls of legislation will then be tried in fields of battle and determined by the sword. ― Andrew Jackson

Our government is founded upon the intelligence of the people. I for one do not despair of the republic. I have great confidence in the virtue of the great majority of the people, and I cannot fear the result. ― Andrew Jackson

Any man worth his salt will stick up for what he believes right, but it takes a slightly better man to acknowledge instantly and without reservation that he is in error. ― Andrew Jackson

You must pay the price if you wish to secure the blessing. ― Andrew Jackson

There are no necessary evils in government. Its evils exist only in its abuses. ― Andrew Jackson

I’ve got big shoes to fill. This is my chance to do something. I have to seize the moment. ― Andrew Jackson

As long as our government is administered for the good of the people and is regulated by their will; as long as it secures to us the rights of persons and of property, liberty of conscience and of the press, it will be worth defending. ― Andrew Jackson

All the rights secured to the citizens under the Constitution are worth nothing, and a mere bubble, except guaranteed to them by an independent and virtuous Judiciary. ― Andrew Jackson

Fear not, the people may be deluded for a moment, but cannot be corrupted. ― Andrew Jackson

The Constitution and the laws are supreme and the Union indissoluble. ― Andrew Jackson

Mischief springs from the power which the moneyed interest derives from a paper currency which they are able to control, from the multitude of corporations with exclusive privileges… which are employed altogether for their benefit. ― Andrew Jackson

The great can protect themselves, but the poor and humble require the arm and shield of the law. ― Andrew Jackson

The duty of government is to leave commerce to its own capital and credit as well as all other branches of business, protecting all in their legal pursuits, granting exclusive privileges to none. ― Andrew Jackson

The Bible is the rock on which this Republic rests. ― Andrew Jackson

Americans are not a perfect people, but we are called to a perfect mission. ― Andrew Jackson

It is a damn poor mind indeed which can’t think of at least two ways to spell any word. ― Andrew Jackson

The individual who refuses to defend his rights when called by his government, deserves to be a slave, and must be punished as an enemy of his country and friend to her foe. ― Andrew Jackson

The great constitutional corrective in the hands of the people against usurpation of power, or corruption by their agents is the right of suffrage; and this when used with calmness and deliberation will prove strong enough. ― Andrew Jackson

Unless you become more watchful in your states and check the spirit of monopoly and thirst for exclusive privileges you will in the end find that… the control over your dearest interests has passed into the hands of these corporations. ― Andrew Jackson

I cannot consent that my mortal body shall be laid in a repository prepared for an Emperor or a King my republican feelings and principles forbid it the simplicity of our system of government forbids it. ― Andrew Jackson

There is no pleasure in having nothing to do; the fun is having lots to do and not doing it. ― Andrew Jackson

The brave man inattentive to his duty, is worth little more to his country than the coward who deserts in the hour of danger. ― Andrew Jackson

There is nothing that I shudder at more than the idea of a separation of the Union. Should such an event ever happen, which I fervently pray God to avert, from that date I view our liberty gone. ― Andrew Jackson

Democracy shows not only its power in reforming governments, but in regenerating a race of men and this is the greatest blessing of free governments. ― Andrew Jackson

The safety of the republic being the supreme law, and Texas having offered us the key to the safety of our country from all foreign intrigues and diplomacy, I say accept the key… and bolt the door at once. ― Andrew Jackson

Nullification means insurrection and war; and the other states have a right to put it down. ― Andrew Jackson

It was settled by the Constitution, the laws, and the whole practice of the government that the entire executive power is vested in the President of the United States. ― Andrew Jackson

To the victors belong the spoils. ― Andrew Jackson

I would sincerely regret, and which never shall happen whilst I am in office, a military guard around the President. ― Andrew Jackson

Every diminution of the public burdens arising from taxation gives to individual enterprise increased power and furnishes to all the members of our happy confederacy new motives for patriotic affection and support. ― Andrew Jackson

We are beginning a new era in our government. I cannot too strongly urge the necessity of a rigid economy and an inflexible determination not to enlarge the income beyond the real necessities of the government. ― Andrew Jackson