Your penis health is just as important as that of the rest of your body and vital organs. That’s why it’s important to make conscious, healthy lifestyle choices like healthy eating and exercise.

Furthermore, men are recommended to check their penises regularly and follow proper genital hygiene for optimal penis health. This will also help you identify any symptoms that may signify a penis problem.

One thing that some men may find when checking their penis is those small bumps growing around their penis. These bumps are called pearly penile papules, also medically termed Hirsutoid Papillomas.

Pearly penile papules (PPP) are tiny growths that may appear near or around your penis’ head. Their color may appear pink, white, or yellow and commonly grow in men in their later twenties or thirties.

Unfortunately, due to the numerous misconceptions surrounding PPP, most men refrain from seeing a doctor or dermatologist due to fear or embarrassment. Some may also fear that they’ll be diagnosed with a severe penis problem that could affect their general health.

What Are The Common Misconceptions?

With many men clueless about pearly penile papules, some tend to perform treatments without professional consultation, posing an even worse threat to their health. Trying to pluck, remove, or rub any over-the-counter medication on PPPs could harm your penis.

Hence, this article will address the three common misconceptions surrounding PPPs and set them straight to spread more awareness.

Due to their unusual and strange appearance, most men and especially women would automatically assume that PPPs are considered a sexually transmitted disease. As a result, many men tend to lose their confidence in bed.

At the same time, women who don’t know anything about PPP would also be discouraged from pursuing any sexual activity with men who have PPP.

But in reality, PPP isn’t an STD nor an infection. Instead, it’s a harmless, noncontagious skin condition that can never be spread through any sexual activity.

You may wonder why some men have PPPs while others don’t. No studies have pointed out the exact cause of PPP yet.

However, some men may be susceptible to PPP due to the overgrowth of dilated blood vessels, collagen, or fibroblasts.

Uncircumcised men may also be prone to PPP. Because PPP is harmless and shouldn’t cause concern, don’t let it affect your self-esteem and confidence in bed.

If the growth of PPP on your penis has gravely affected your confidence, you can consult your doctor or a professional dermatologist who may recommend several options on how to remove the small bumps.

If you have the time and money, you may opt for CO2 laser surgery, cryosurgery, or electrodesiccation to surgically remove your PPPs.

But for a more affordable option, you may also try a safe home treatment using a PPP kit that includes an electrical ionizer and anesthetic cream. Just see your doctor or dermatologist before using the PPP kit.

Although PPP appears as tiny bumps, they’re not pimples which you may choose to pop anytime. Popping your PPP will not cure them; instead, it’ll lead to an open wound on your penis. Plus, popping them can also be painful.

If you’re already embarrassed with your PPP, it’s even more embarrassing if your partner sees your penis filled with open wounds due to popping your PPP. So, never pop your PPP. If you wish to remove them, you may use a PPP kit provided by your healthcare provider or undergo surgery and have them removed.

Because of the unsightly bumps, many men also mistake PPP as genital warts. Hence, they head out and buy over-the-counter remedies for genital warts, a type of STD, in an attempt to remove the tiny bumps.

To debunk this myth, PPP aren’t genital warts. Thus, when you’re diagnosed or discover that you have PPP, you should never attempt to remove them by yourself using wart removal products, as doing so will likely do more harm than good.

To help you distinguish genital warts and PPP, you may take note of these differences:

To be safe, you may also consult your doctor if you’re still unsure whether you have PPP or genital warts. 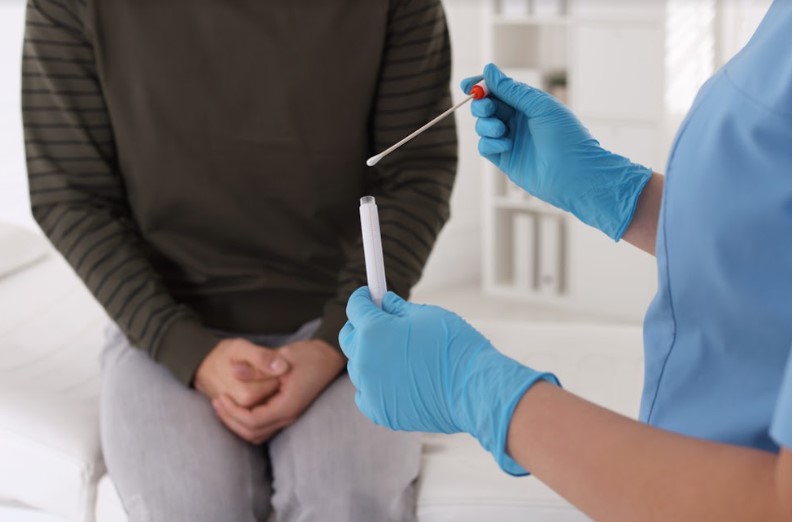 Overall, pearly penile papules (PPP), a type of skin condition that doesn’t require serious medical intervention, are harmless. Knowing about these misconceptions puts you in a better place to seek treatment. Meanwhile, if the existence of PPP is distressing you or affecting your sexual relationships, you can always consult your doctor who’ll recommend the best treatment options for you.

What You Need to Know to Be a Dental Nurse