Pain relievers or analgesics are one of the most used types of medication around the world. They’re commonly used to help relieve or reduce pain from sore muscles, arthritis, headaches, and other bodily discomforts. But it’d be worth noting that, as with every other drug, analgesics, while bearing benefits, may also come with risks.

In addition, people experience and tolerate pain differently. And in most cases, they may react differently to the same medications. For instance, a type of pain reliever that works for one may not work well for others. And in such instances, doctors may prescribe a different medication.

As mentioned, pain relievers are formulated to eliminate or reduce pain. However, depending on the ingredients and preparation, their mechanisms of action vary. For instance, painkillers from https://www.fagronsterile.com/ can be used to relieve mild to moderate pains, while others can treat severe discomfort.

When buying medicine, it’s crucial to note that each person’s response to analgesics may differ. In addition, the best pain meds for you may depend on the cause of pain and its severity. With that, here are the most common types of medications used to manage pain:

Some of the most common acetaminophens include Panadol, Tylenol, and Paracetamol. These over-the-counter pain medicines work by dulling the pain receptors in the brain and ultimately reducing pain. They can be used to ease mild to moderate aches like headaches, fever, and other forms of pain.

Unlike other painkillers, acetaminophen is gentle on the stomach. This class of drugs also is believed to have fewer side effects. Most people who have arthritis are advised to use acetaminophen. In addition, children can also use this medicine since it is considered safe, especially when taken as directed.

Topical painkillers are usually rubbed on, applied as patches, or sprayed on the skin over painful joints or muscles. They are typically used to ease muscle pains, fibromyalgia, and arthritis. The most common ones are ointments, oils, skin creams, gels, patches, and sprays. While topicals can be availed without a prescription, some of these drugs can also be prescribed by the doctor.

Another over-the-counter pain medication is nonsteroidal anti-inflammatory drugs (NSAIDs). They can relieve mild to moderate pain and are also ideal for inflammatory-related aches and fever. NSAIDs work by decreasing the production of prostaglandins, the hormones that initiate pain perception. These hormones may affect the nerve endings, which result in inflammation and pain.

NSAIDs can also reduce pain and swelling from muscle sprain, arthritis, and sprain. These drugs are taken for a short time, usually not more than ten days. They are considered safe for most people unless one has allergies to their ingredients.

Common NSAIDs you can buy for period pain or other chronic aches include ibuprofen (Advil, Motril), aspirin, and naproxen (Aleve). However, aspirin is not recommended for children under 18 years because of the high risk of Reye syndrome. Moreso, other types of NSAIDs need to be prescribed by a health provider.

Opioids are a class of pain-relieving medication that includes both natural and synthetic. These prescription drugs can be used to manage moderate to severe pain. They generally work by altering the way your brain perceives messages of pain.

Doctors rarely prescribe opioids for chronic pain, but they are often used after surgery or in case of a severe injury. However, you can only take them for a short while. Prolonged use of opioids can lead to dependency and addiction. Furthermore, common opioid pain medications include morphine, fentanyl, hydrocodone, and codeine.

Antidepressants may not only aid in providing relief for depression or anxiety disorders. They are also believed to be effective in relieving pain caused by headaches, migraines, arthritis, and other chronic pains. Antidepressants work by inhibiting neurotransmitters in the brain. However, it is essential to note that these prescription medications may not take effect immediately. In some cases, it could take a week or more.

Muscle relaxants are primarily used to ease pain associated with muscle spasms such as back pain, tense neck, strains, and sprains. They can help relax tensed and tight muscles and work through a sedative action in the central nervous system. In general, most muscle relaxants are prescribed by medical professionals for a short period.

Steroids work like NSAIDs. Studies suggest that steroids can help reduce pain and inflammation by decreasing your body’s production of prostaglandins. Steroids like Prednisone can be used to manage short-term pain in inflammatory diseases such as severe rheumatoid arthritis. They can also be used to relieve back pains and migraines.

Also known as anticonvulsants, these drugs were initially formulated to help treat epilepsy. They work by interfering with pain signals to the brain. Some drugs in this class have a nerve calming quality that can help soothe the shooting, burning, or stabbing pain caused by nerve damage. 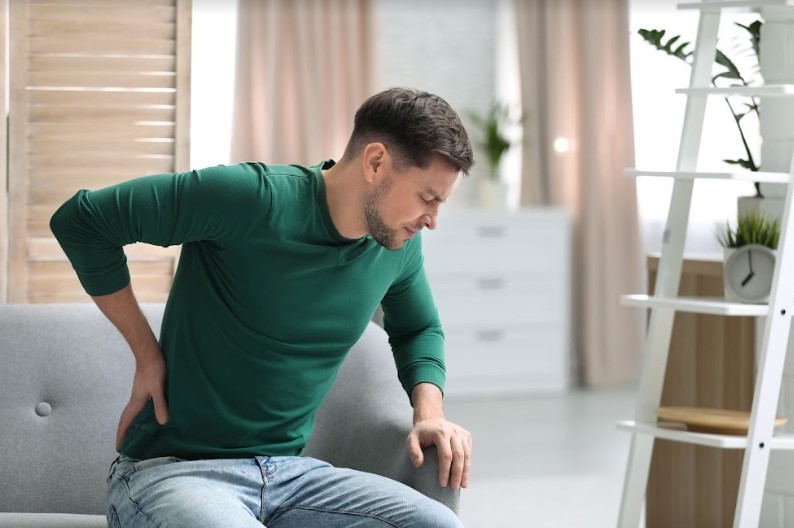 Analgesics can bring much-needed relief from discomfort and aches. Various medications are available, whether sold over-the-counter or prescribed by doctors. With the list above, you can be guided on your options. However, it is always best to consult your physician first to find the proper treatment and medication to help you alleviate chronic pains.

How Long Does Xanax Stay in Your Body, Urine, Blood and System

4 Ways To Get Prescription Refills

DNA Testing: Should You Use It to Determine Your Ancestral Heritage?