Learning a new language takes a great degree of commitment, patience and energy, especially when attempting to pick one up in later life.

Often, people will pick up the free apps on their phone, spend a few weeks learning some basics and eventually tail off once they need to upgrade their education into one-to-one tutoring and similar specialist services.

Usually, the initial reasons we start to learn languages are what fuels the commitment to see through the learning process.

Having some passion, inspiration and ambition to use your language – whether that means gaining employment, travelling the world, or studying abroad – can often be the difference between those who give up early on and those who are able to improve in a conversational standard.

French is one of those sorts of languages that offers a lot of opportunities, thanks to being very widely spoken – it’s the official language in 29 countries alone – as well as being one of the UN’s six official languages and spoken by some degree in five continents.

If there was a language to pick up, with a high level of fluency globally and countless opportunities to practice both online and in-person – you could do a lot worse than choosing French.

Starting out, French literature and media are highly accessible worldwide. News channels like Le Monde, TV networks like TV5MONDE, and numerous popular French-language TV shows and movies mean you can immerse yourself in the language in everyday scenarios.

Coupling this with free educational tools, tutoring, and structured online courses means you’re not going to get bored referring to the same French resources. In addition, you’ll pick up a wider variety of phrases than sticking to a single source for your learning.

Learning with other people, especially friends or family, is also a really nice way to practice in real-time as it will likely keep the lessons interesting and engaging.

So, if you’ve got a bored child sitting around at home, why not take on a new challenge together? Losing interest is a really common reason for stopping learning a new language, so keep it fresh by mixing up how you learn, who you learn with and when or where you’re studying!

France is incredibly popular around the world for tourists, with a rich cultural history that has impacted the world’s media, cuisine, arts and fashion, to name a few.

You’re also, as mentioned, not limited to travelling to France. Switzerland and French Guinea speak french widely, and even Canada has regions where french is dominantly spoken.

A number of Francophone African countries are also on the rise economically now, meaning there are even some projections expecting French to catch up with and even surpass other major languages, including English for global speakers.

So learning French isn’t just a chance to access existing places and cultures, it’s also a chance to be involved in the future. 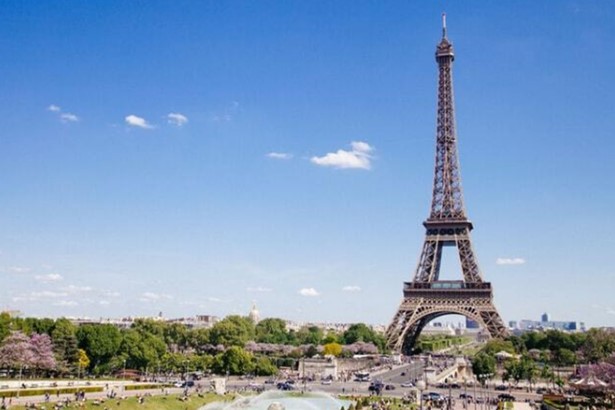 While we’ve mentioned that French isn’t the most widely-spoken language in the world, this is also a strength in some contexts.

As a diverse language, it’s got some relation to English, Spanish and German, but also means the talent pool for jobs requiring French or French-speaking university courses will have smaller talent pools and differentiate you from the wider crowd.

In that sense, French can really be a language for life, able to help you qualify to learn, work and live in all sorts of places and pick up all sorts of new pursuits, too.

French has a fantastic blend of ubiquity around the world, while also being culturally diverse and valued by employers.

It’s common enough to be able to find a lot of resources to learn from and many other countries that use it, while also having a bright future of increasing usage in some of the most promising developing regions in the world.

If these aren’t reasons enough to start learning, their food alone should be able to silence any lingering doubts you might have left!