Calculus bridge or tartar as most people call it has nothing to do with the mathematic calculus, but it’s related to a dental condition. In this article, we are going to tell you what this calculus bridge is, the causes, how you get calculus bridge, if calculus bridge can fall off and how to remove hard plaque from your teeth without going to the dentist.

What Is Calculus Bridge?

Calculus, also known as tartar, is a yellowish or white deposit of minerals that forms on the tooth’s surface which occurs as a result of pre-existing plaque that has hardened. Since the teeth are constantly bathed in saliva, calculus can form in as little as a few weeks.

Plaque is a soft, sticky film that builds up on your teeth and contains millions of bacteria. The bacteria in plaque cause tooth decay and gum disease if they are not removed regularly through brushing and flossing.

There are good and bad bacteria always present in saliva, but there are components in the saliva that helps plaque form initially.

Plaque develops into calculus when the constant accumulation of the minerals from the saliva adheres to the plaque. Calculus commonly forms on the lower anterior teeth and sometimes on the upper molars. These sites are the predominant areas because salivary gland ducts are located right next to these teeth surfaces.

A calculus bridge is a severe build-up of calculus that has grown so much that it covers the teeth and the spaces in between the teeth.

When saliva, food, and fluids combine in your mouth they produce an environment that allows the bacteria to grow and deposit which collect on teeth and gums and especially where the teeth and gums meet.

Common foods that contribute to plaque formation and growth include those containing carbohydrates, or simple sugars, such as sucrose and starches, found in soft drinks and candy.

Eating foods high in sugar like cakes, sweets, and fruit can cause an increase in plaque bacteria. Plaque bacteria can lead to gingivitis, caries and advanced gum disease, so it is important to take steps for treatment and prevention.

Plaque hides between teeth and under the gum line. There’s no way to avoid it entirely so it’s important to maintain a good oral routine to keep it from accumulating.

Some of the symptoms include:

Note: Other dental diseases such as periodontitis may also possess these symptoms.

Prevention and Removal Of Calculus Bridge

You can eliminate this calculus by following some of these tips:

Brushing: Brushing your teeth with fluoride toothpaste is a must. Dentists recommend brushing twice a day. The teeth should be brushed for two minutes, giving you time to clean all the surfaces of each tooth. Use a toothbrush with soft bristles so that you do not end up hurting the gums.

Flossing: Only 40% of tartar is removed by brushing. There is a plaque between the teeth which is removed by flossing. The interdental spaces and areas under the gum line are better handled while flossing. Ideally, floss after each meal.

Mouthwash: Use mouthwash regularly after meals. Even better if the mouthwash has fluoride. If you already are struggling with tartar, try and get your dentist to recommend an antibacterial mouthwash.

Eating healthy: As a food rich in sugar and starch is a rich breeding ground for the bacteria in your mouth, try and avoid them. Eat healthier food like raw fruits and vegetables that not only give your body many nutrients but also help in the cleansing action of the teeth while chewing because they have plenty of roughage.

Regular dental check-ups: Most people avoid going to the dentist until something is wrong. Instead, visit the dentist regularly every six months. This will ensure that nothing actually goes wrong with your teeth. Having professional cleaning done also helps prevent tooth decay and gum disease.

Avoid smoking to reduce the risk of increased plaque and tartar. 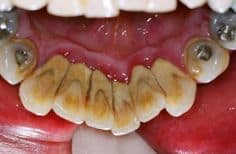 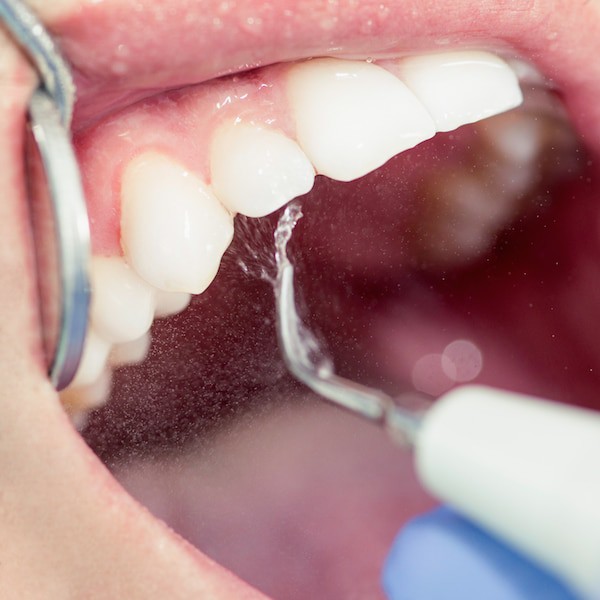 Some Frequently Asked Question On Calculus and Tartar

How do you get calculus bridge?

Other times, just running your tongue over your teeth may get you to pay a visit to the dentist. If your teeth feel fuzzy, it could be an accumulation of oral debris. If the build-up grows out of control, it may form a calculus bridge

Can calculus fall off?

If not removed, the tartar will eventually become calcified, which is to say it will harden into a brittle layer. This hardened tartar is known as dental calculus. Bits of this calcified tartar may break off and enter the digestive system and further on into the person’s blood.

How can I remove hard plaque from my teeth without going to the dentist?

Start by mixing white vinegar in a glass of warm saltwater. This solution can then be gargled once a day to aide in the removal of tartar that has formed on the region between the teeth and gums. The mixture should be made from two tablespoons of white vinegar into a cup of warm water with dissolved salt.

Can I remove calculus myself?

Regular brushing and flossing will certainly help, but only a dental professional can remove plaque from all surfaces of your teeth. It might be tempting to try and get rid of plaque yourself, but that can cause more harm than good.

How can I remove calculus from my teeth at home?

What happens if calculus is not removed?

Plaque carries bacteria that can damage tooth enamel and lead to cavities. But if you remove plaque regularly, you can prevent permanent tooth decay and gum disease. Bigger problems arise, however, if plaque stays on your teeth and hardens into tartar.

How do I get rid of calculus bridge?

Visiting your dental health professional is the only way to remove tartar. Your dental hygienist is able to remove the hard, tenacious build-up with an ultrasonic tool and special instruments. Since a calculus bridge forms above the gum line, routine cleaning is an appropriate method to remove it.

Tartar, also called dental calculus, is a yellow or brown coloured deposit that forms when plaque hardens on your teeth. Because tartar buildup on teeth is strongly bonded to the tooth enamel, it can only be removed by a dental professional.

Is calculus bad for your teeth?

This hard layer, calculus, will create a protective shield for bacteria on the teeth. The bacteria in the mouth release acids which will break down your tooth enamel and lead to cavities and tooth decay. If calculus is not removed it will irritate your gums and over time causes gum disease (gingivitis).

How long does it take for calculus to form?

Most plaque hardens within 48 hours of formation, and within several days it will become so hard that it is almost impossible to remove. This hard substance is tartar and the only way to remove it is to see your dentist for a professional scraping of your teeth.

Does tartar removal hurt? … Removing tartar can be painful if there is a large amount of tartar if the gums are inflamed and/or the teeth are tender. Anaesthesia is used whenever the patient feels the need for it. Anaesthetic is applied to the gums using a topical anaesthetic or a more effective local anaesthetic.

Staying on top of your oral health and preventing plaque buildup on teeth is the best way to prevent tartar. To help prevent tartar, be sure to brush your teeth and use mouthwash at least twice daily, preferably with a tartar-control fluoride toothpaste like many from Crest, and floss once a day.

And visit your Burlington dental office regularly for oral exams and cleanings. Crest can also help with the right products for your routine.

Always Coughing at Night? Check The Causes and Remedies

How to Make Yourself Vomit Without Touching Your Uvula

How To Get Rid Of Warts Naturally With Home Remedies

150+ Top and Most Famous Drinking Quotes of All Time

150+ TOP and MOST FAMOUS Freedom Quotes

180+ Know Your Worth Quotes and Sayings