7 Reasons You Should Consider Wearing The Ankh Symbol

Symbols can have diverse meanings from culture to culture or person to person. The fashion business is aware of such fact, and models have worn symbols in some of the clothing and jewelry pieces on the catwalk.

There’s no doubt that symbols have a strong impact, one that transcends our consciousness. That’s because our brains are wired to associate meanings to the images that we see.

To create a personal statement, some people have no qualms wearing symbols that matter to them like an Ankh symbol on their skin.

What Is An Ankh?

But before anything else, what is an ankh? Many people wear it without understanding its meaning. We can’t blame them, though, as the symbol is universal.

This teardrop-shaped hoop that’s attached to a cross is a symbol is strongly tied to the ancient Egyptians. According to experts, the Ankh was used thousands of years of ago by Egyptians.

A relic using the said symbol was unearthed by archeologists decades ago. The artifact was estimated to have existed from 5000 BC to 3000 BC, although experts theorized that ancient people from Persia and Mesopotamia may have been using it years before.

The Ankh has diverse symbolic representations, both literally and figuratively. Here are some reasons why you should consider wearing it too:

Experts say that the Ankh’s most famous representation is that of creation and life. Its use was highly visible in the everyday lives of ancient Egyptians where the Ankh was integrated in artifacts like earthenware and hieroglyphs.

It’s said that the symbol was often used in accompanying positive wishes to a person. It’s no wonder why the Ankh is also called the ‘key of life.’

That’s why, if you want to wish yourself and other people a good and purposeful life or to simply celebrate life, consider wearing an Ankh.

Apparently, the Ankh symbol didn’t only represent the importance of life among ancient Egyptians. And for them, it doesn’t only depict life on this earth. Moreover, it represented the afterlife.

In fact, one of the most famous pharaohs, Tutankhamun, was said to be the bearer of the Ankh symbol. Notice how the word ‘ankh’ is included in the middle of his name. Thus, it may not be a coincidence that archeologists found an Ankh mirror buried in his tomb.

Egyptologists state that our ancestors believe the mirror is a portal between life on earth and the afterlife. Therefore, the symbol can be interpreted as a sign of continuity—life on earth and life thereafter.

The Ankh also often adorned the monarchs’ burial chambers, which some interpret as a means for the perished gods to breathe eternal life to the pharaohs, kings, and queens.  Giving someone an Ankh means you’re can be a guiding light for this person even when you pass on.

That being said, the ancient Egyptian inscriptions show the gods offering the Ankh symbol to actual monarchs. For instance, archeologists unearthed images of what they believe as Horus, the sun god, handing out the Ankh to Rameses II.

Not to be outdone, an image of the latter’s wife, Queen Nefertari, was also offered the Ankh by Hathor, the goddess of female sexuality and motherhood.

Multiple monarchs, both Egyptian kings and queens, had this symbol etched in their temples and monuments. In fact, the people used to present the Ankh to the pharaohs as lucky charm. So if you want to prove that you’re the master of your own life, consider wearing the Ankh symbol.

Apart from giving out the Ankh to the pharaohs as lucky charm, ancient Egyptians used to carry amulets with the Ankh symbol, with them (or on them). It’s believed to protect the wearer from dark magic and dangerous cults.

And, as earlier mentioned, the Ankh was used bring good luck to the owner. Pharaohs wore the Ankh close to their hearts.

to greet the New Year with the promise of drawing wealth. It doesn’t matter even if you’re in the opinion that most of what happens in your life will depend on your decisions and actions.  An Ankh can serve as a fashion statement, anyway.

Anks came in all shapes, sizes, and materials. Ancient Egyptians made them out of bronze, gold, ceramics, wood, stone—any organic material that can be used as an amulet or a charm.

Queens and the noblewomen adorned their bodies with the symbol, most notably around their ears and necks. These days, the Ankh has been integrated in the fashion industry, including jewelry and accessories. Almost any material—silver, gold, or any metal and wood—can be turned into an Ankh symbol.

It’s commonly worn as a pendant, but some turn it into other stylish accessories such as earrings, rings, and bracelets.

The symbol is far from being female focused. In fact, an Ankh represents both the male and female genders. Speculations point that the teardrop-shaped loop is a representation of a woman’s womb, while the sole vertical line below it symbolizes the manhood.

Additionally, the horizontal line, which can also be interpreted as two arms, represents the lives created from this union.

Some Egyptologists believe that the symbol conveys a strong message of inclusivity, that both genders are important in developing the world. Either way, the symbol is friendly to all genders.

The Ankh is also said to represent a key to all hidden knowledge. That being said, in ancient times, Egyptian queens and pharaohs were said to have relied on the Ankh for help in doing and deciding important things.

With the symbol being closely related to a mirror, as in the case of Tutankhamun, it can be interpreted as a way to look at ourselves and see the path to which we’re going and that there’s no other way to look at our lives forward and not back.

The Ankh is also said to represent the eternal existence of the human soul. 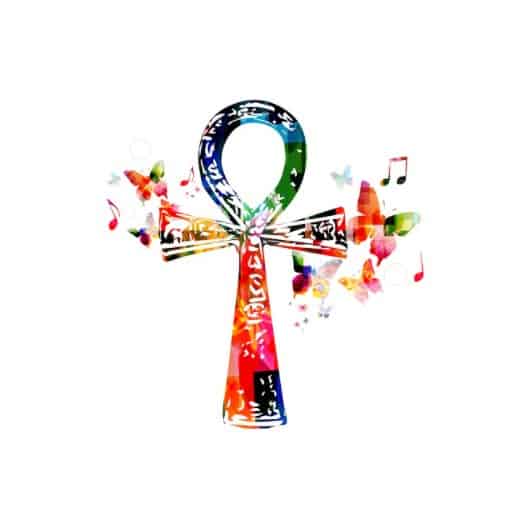 More than being an accessory, a protective amulet, and a good-luck charm for nobles and townsfolk, the Ankh carries deeper meanings. Whether the symbolism resonate with you or not, an Ankh is always a wearable piece, as it celebrates the beauty and depth of life.

How to Take Care Of Your Skin the Right Way?

Why Gum Health Matters And Steps To Improve Gum Care

Tips On How To Care For Your Gemstone Jewelry