How Long Does Alcohol Stay In Your System

How long does alcohol stay in your system after consumption, being drunk, sleeping, etc are all queries users have sought answers to.

Whether you have just consumed a mouthful or contemplating about drinking to stupor, you might want to get an estimate of how long the liquid will be retained in your body.

Moreover, if you’re a breastfeeding mom, it is also essential to know when it is safe to breastfeed after consuming alcohol.

How Does Alcohol Work? 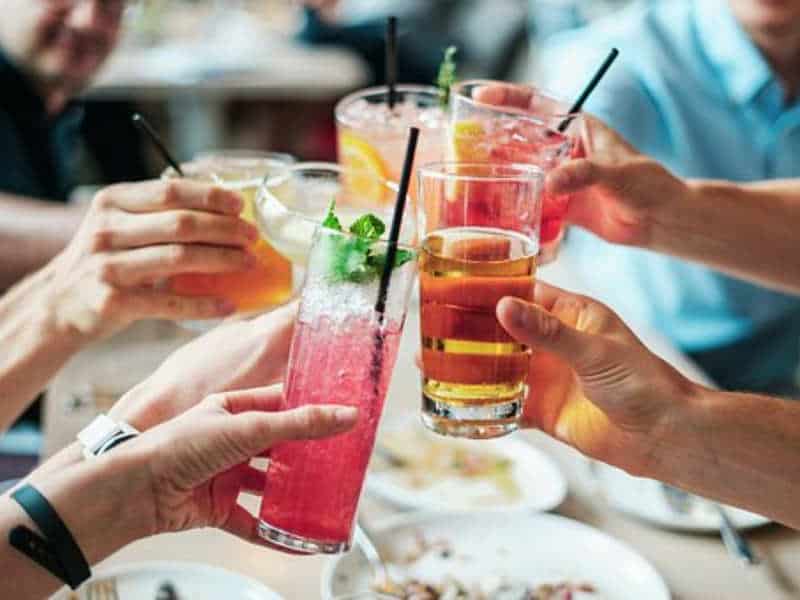 Alcohol is a depressant and its lifespan is short in the body.

When consumed, the liver begins to break down the alcohol and it enters the bloodstream where its effect is felt.

Depending on the quantity that was consumed, how long it’ll last in the body may vary.

Factors including gender, age, body weight, the quantity of food consumed prior to drinking, etc. also determine how long alcohol lasts in the system.

On the other hand, it is worth pointing out that the rate of alcohol is metabolized cannot be increased by drinking more water or sleeping.

How is Alcohol Metabolized?

How long does alcohol stay in your system can be determined by its rate of metabolism.

Alcohol in the body is metabolized at a rate of 20 milligrams per deciliter (mg/dL) per hour.

That being the case, it will take around two hours for your body to metabolize alcohol if the level of alcohol in the body is 40 mg/dL.

The higher the mg/dL, the longer it will take for the effect to totally wear off.

On the other hand, consuming 250ml or a large glass of wine will take around 3 hours for the effect to wear off.

I pint of beer and 1 pint of strong larger beer will take 2 hours and over 2 hours respectively to break down the alcohol.

On the same note, alcohol consumed at night might remain in the body until the next day. It could even last into noon of the following day even if it was consumed in the evening of the previous day.
Generally, alcohol stays in the blood, urine, saliva, hair, and breath for the length of time outlined below:

Alcohol can also be detected in the hair and nails thanks to an EtG test.

Although it may not be detected immediately, alcohol can still be perceived three months after its consumption by testing the hair and nails.

Using a mouthwash that contains alcohol may also cause the test to turn out to be positive.

An EtG test is used to detect alcohol in the saliva.

On the contrary, it may only be able to tell if a person has consumed alcohol and not how intoxicated they are.

Alcohol breath tests are also carried out by the police to ascertain if a person has been drinking.

There are various types of breath tests, however, they are similar since they determine the amount of alcohol that has been consumed

It is not advisable for a breastfeeding mother to drink alcohol.

Nonetheless, it is advisable to wait for about two hours before breastfeeding if you have just consumed alcohol.

The same applies to pumping of milk to feed the baby later.

Factors That Determine How Long Alcohol Stays in the Body

Some of the factors that greatly determine how long alcohol stays in the body include:

Younger people have faster blood flow and as such, the effect of alcohol may wear off faster.
Older people, on the other hand, have a slower blood flow which could retain alcohol longer in their body.
Despite this, it is worth pointing out that people whose liver has been affected may have slow blood flow.

There are some cases where alcohol is retained in a woman’s body longer than a man’s.

The time variation has been linked to higher body fat in women than men.

The absorption of alcohol can be slowed down by having some food in your stomach.

The reason is not farfetched since alcohol is absorbed in the human digestive tract.

Alcohol is processed faster in people whose body size is small.

That being so, weighing more can reduce the level of intoxication you’ll feel after consuming alcohol.

How Long Does Before the Effect of Alcohol is Felt?

How long does alcohol stay in your system will determine the range of time its effect will last.

The effect of alcohol can be felt between 15 to 45 minutes after consumption and the time frame depends on the state of health of the person.

Similarly, people who drink infrequently may be intoxicated faster than those whose body has grown tolerant to alcohol.

Most men will become intoxicated once their blood alcohol level (BAC) reaches 0.05% and at 0.07%., it can affect their ability to drive.

How Do You Know When You’re Drunk?

The following are signs of intoxication and if you begin experiencing any of these, you may want to slow down on your drinking or stop entirely:

Alcohol, when consumed in excess, can cause serious harm to the body and that is why you should know the unit you’re supposed to consume.

As such, falling under the age drinking range is not a license to damage your liver and other vital organs of your body.

The recommendation is to:

Knowing how long alcohol stays in your body after a light or heavy drinking can help you prepare for a breathalyzer test, pre-employment drug test or a probation drug test.

Nonetheless, it is better to drink in moderation and curb the amount of alcohol you consume on a weekly basis.

It can help to promote your state of health and not damage your liver in the long run.

There is also the sound state of mind you’ll maintain at all times when alcohol is not tampering with your alertness.