Are Wheat Things Good For You?

Are wheat things good for you or are Wheat Thins healthy for bodybuilding?

While one obviously talks about the product “Wheat Thins”, the other focuses of on the Wheat as a whole.

Nevertheless, we’ll be taking a close look at both.

What are Whole Grains

Grains are often called cereal and they include wheat, rice, and corn.

They are grass-like plants which come with three parts which are the Bran, Endosperm, and the Germ.

The Brand is the hard outer shell that is made up of minerals, fiber, and antioxidants.

The Endosperm is the middle layer consisting of carbs.

Finally, the Germ is the inner layer consisting of proteins, minerals, vitamin, and plant components.

The different varieties of whole grains are:

Asides from Wheat Thin, Wheat in itself and other gluten-containing foods such as Barley have been known to reduce the risk of heart disease, diabetes, cancer, and excess weight gain.

This is because vitamins, minerals, and fiber which are all useful to the body can be sourced from wheat.

There’s also the popular opinion that eating wheat-free or gluten-free diets could prevent weight gain, but the truth is, people who feed on such diets also stay away from sweets and snacks which makes it look like the weight loss was as a result of the gluten-free diet.

That aside, there are people whose bodies cannot stand gluten and as such, it must be eliminated to form their diet in order to avert abdominal pains and difficulty to absorb vitamins.

This and many more have made a snack like Wheat Thin popular since wheat in itself has health benefits.

As a standalone, it is highly nutritional to the body but the same cannot be said if it is combined with other ingredients.

What Are Wheat Thins 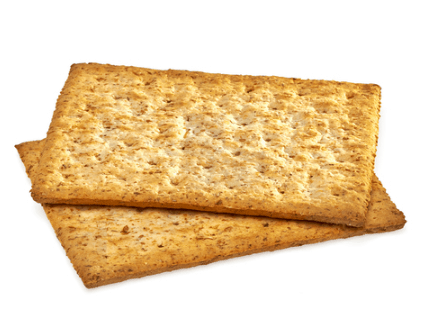 Wheat Thins marketed as “Reduced Fat Wheat Thins” is a product that comes in different flavors and can be eaten as it is or with cheese or toppings.

The product is believed to be made from 100 percent whole grains.

Its manufacturer, Nabisco (owned by Kraft Foods) has given the impression that the product is free of fat which may be a good thing for women who are looking to stay healthy.

However, a closer look at the ingredients might make the latter question if the writing on the packaging is for marketing purposes or it gives more than it lets on.

But let’s take a closer look at wheat tins ingredient:

These are the simple ingredients whose combination has made some users “wonder why are Wheat Thins so addicting in the first place.”

Now let’s take a look at some of the Wheat Thins nutrition:

The first ingredient on the list is Whole grain wheat flour and according to Nabisco, 100 percent whole wheat is used.

While that may not be a problem, there are people whose bodies face difficulties while trying to digest wheat, barley, and rye which may not be ideal for them.

Another issue is the fact that it can cause eczema or congestion in other people.

Unlike protein which is essential to the body, a lot of importance may not be given to wheat since its lack in the body may not lead to serious problems as is the case of proteins

What this means is that you can entirely do without it but if you choose to eat it, you could potentially be reducing the risk of cancer, type 2 diabetes, and other medical conditions.

Sugar is also an active ingredient in Wheat Thins which is the major culprit why the snack is so addicting.

You’ve had the first round, it’s not like the taste is exceptional, but you’re craving for another and then another, and before you know, you’ve had the whole box instead of eating home cooked meals.

So, can Wheat Thins make you gain weight?

Eat the first box, get another, and blame it on its addictive nature, then wait to see how that adds up to your weight gain.

Now you’ll agree that having the tag whole grain does not automatically make it healthy since it may have been loaded with added sugar.

Nonetheless, what other way to get return customers and more buyers without having something to trigger their interest.

Soybeans that have been genetically modified are not uncommon given that the DNA of the plant is always being modified by food manufacturers.

Similarly, Soybeans is less expensive than olive oil and coconut which could have led to its the product’s manufacturer choice.

The downside is that it may not really be good for your body especially if the soybean oil has been reduced.

It means more sugar will be needed to accomplish that and with more sugar comes fatter.

According to Whfoods.com, BHT and butylated hydroxyanisole (BHA) are investigated for their potential to damage genetic material

The platform also adds that it could lead to the damage and rupturing of the red blood cells.

BHT can also stimulate the symptoms prevalent in chemical sensitivity.

A look at these ingredients should give you a better understanding if what you’re consuming is as healthy as it can be.

The Original Wheat Thins comes with 230 mg of sodium for each serving and there are some varieties that go as high as 230mg.

However, The Institute of Medicine recommends an intake of sodium below 1500mg daily.

Thus, you may have to opt for Hint-of-Salt Wheat Thin which comes with only 60mg per serving.

You can also try this healthy alternative to Wheat Thins:

So are wheat Thins good for you?

The question is best answered depending on the elements that make up the product in question.

In any case, the most healthy food to eat is one whose nutrient comes from the earth.

If that answers your question then you’ll agree that wheat is more healthy than what it is refined to form Wheat Thins.

Is Chicken Liver Good For You?

How to Stunt Your Growth In The Right and Recommended Way