What to Do if You’re Losing Your Hearing

Three Easy Steps To Take Care of Your Skin

Corn on The Cob Calories

We’ve outlined the corn on the cob calories as well as its nutritional information in order to enable you to stay fit in that’s what you’re out to get.

A good idea of what you’re eating and keeping track of calories and nutrition info of the corn in your food can help you to stay healthy and so you can scribble this away in a journal.

For starters, the amount of calories is dependent on the size of the corn on the cob.

A serving is believed to be 75g while something bigger is around 100g.

For corn on the cob of 100g, its nutritional information is:

So, whether it’s a boiled corn calorie of 100g, you know what you stand to gain from its consumption.

Here are some nutritional facts about corn: 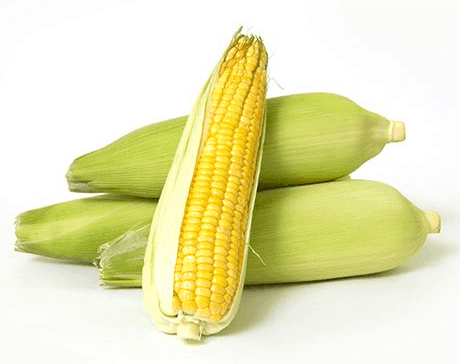 Corn or maize is regarded as a vegetable and cereal grain that has been in existence from time past.

While the culinary world may have opined that it is vegetable, its seeds are generally called grains.

Corn is rich in minerals, vitamins, and fiber and as such, this beneficial nutrients can promote the state of health.

On the contrary, the glucose it contains could heighten the blood’s sugar level when eaten in excess.

There are different colors of corn and it can be blue, red, or yellow, depending on the location it is grown and the species.

When transformed, corn can be eaten as chips, tortillas, polenta, and served alongside foods and dishes.

What Does Corn Contain?

Some of these are Lutein and Zeaxanthin which are good for promoting good eyesight and keeping conditions such as age-related macular degeneration (AMD) and cataracts at bay.

There’s also the potential for corn to prevent diverticular diseases such as heart disease and cancer.

It also helps to rid digestive issues thereby aiding in healthy digestion of food and keeping gut issues at bay.

Can I Eat Corn Raw?

Whether it’s raw or cooked, corn tastes great which is why it has become the active ingredient in most foods.

Chop it off and place inside your salads and you’ll be happy you did.

Are Most Corns Genetically Modified?

These types are fed to animals and then these are the animals we feed on later on.

However, there is still organic corn which is non-GMO and as such, they are fresh from the farm and have not been genetically modified which makes them a better deal.

Should the High Fructose Corn Syrup be a Concern?

Corn syrup and high fructose corn syrup are two different things, but the aim of these sweeteners is to make the products they are used in fresher and moisturized for a longer period.

The latter is achieved by heating the corn kernels before using an enzyme to treat them in a bid to create a think and viscous syrup.

Similarly, there is glucose to fructose conversion in corn syrup which makes it sweeter.

On the contrary, corn syrup in itself is wholly made of glucose but in some cases, high fructose corn syrup may also be added to it.

Also Read: Are Wheat Things Good For You?

The sugar content in either which has been linked with type 2 diabetes, pre-diabetes, obesity, heart disease, etc. should make you use them minimally.

Also, high fructose corn syrup contains a monosaccharide, fructose which is even sweeter than glucose and metabolized by the liver.
Too much of fructose in the liver could lead to its conversion to fact and if it happens, it could be trapped in the liver leading to other problems.

What is Glass Gem Corn?

Multicolored corn is known as a glass gem corn and its color can range from blue, pink, purple, red, or a combination of each of these.

It was first cultivated by Carle Barnes, a farmer as he began to explore how to create a new species.

What he did, was too used ancestral types of corn which he collected from different countries and then replanted them.

In the end, it was the corn of different color like that of the rainbow.

Hence, you can find corns today having a combination of red, green, blue, purple, etc.

The explorer took it one step further by sharing his idea with Schoen, another farmer who cross breed the seeds with regular varieties.

The result was vibrant colors that stood out.

There are frozen corns which are canned or stored in a refrigerator and there are fresh ones.

If you’re looking for which to choose between either, then it’s the fresh corn since it is firm with small kernels.

However, if you find an ear of fresh corn that has brownish silk or the cob’s tip has begun to decay, you’ll be better off staying away from it.

Corn on the cob is available fresh or frozen and canned corn kernels are available canned or frozen.

Skip those with mold or decay at the tip of the cob or brownish silks.

So, how can you prepare your corn given that it can be eaten as it is thanks to its great taste?

There are a number of ways to eat your corn.

You can either steam it, boil, or microwave it.

There’s also the option of roasting it to get a crunchy sound out of it.

Similarly, corn can be added to other meals you’re having to give them some level of flavor.

If it’s tempting to add more flavors to it, then don’t but rely on herbs or spicy in order to ensure you’re eating healthy.

Now that you know the corn on the cob calories, you are better informed on what should be an active part of your diet and in what quality.

Asides from knowledge of steamed or boiled corn calories

There’s also the health benefits of corn to the eye and digestive system which makes them something to always look forward to.

It can all be attributed to the plant compounds and fiber that are a part of the corn.

Like everything else, there is a need for moderation in other to wade off problems such as an increase in your blood sugar level.

Oakland Traffic Law Enforcement Have Their Hands Tied Behind Their Backs

What to Gift a Friend From College

Is There A Cure For HIV/AIDS?

4 Things To Consider When Choosing A Drug Treatment Program